Australia. It had never called to me, never inspired my wanderlust or found it's way onto my top five voyages to make. Yet here I was. It was 2007 and I, a recent university graduate with the world open to me like a flower to the sun, permanent residency permit in hand (courtesy of my father who had immigrated two years before), had packed my belongings and bright future dreams into an oversized bag and headed to that red continent. 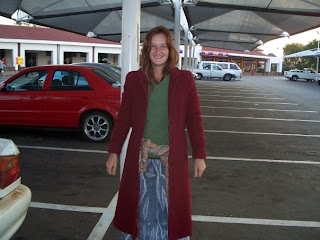 (Taken en route to the airport as I got dressed into as many items of clothing as humanly possible, to lighten the weight of my bag)

I cannot say I was blown away. Not in the way the Sinai desert, a landscape devastating in its fragility and harshness had taken my breath away, or even the majesty of the Sabie valley in Mpumalanga where I had grown up never ceased to do. Truth be told, I felt like an alien. The way everything just "works" over there unnerved me. The way people on the street look each other in the eye and smile. The cleanliness and order. The whiteness. The absence of shouting and raised voices in a cacophony of African languages. Singing petrol attendants and people trying to sell you cellphone car chargers, coat hangers or wash your windscreen at robots (in Australia known as traffic lights). The way you could walk the city streets at night, talking on your cellphone, alone! And the way motorists obeyed the rules of the road and never exceeded the speed limit. All this just served to make the land down under appear a very bleak and desolate landscape to a girl accustomed to the chaotic and colourful African way of life.

Nine months later I moved back to South Africa. I was in two car accidents (commonplace really, due to corrupt law enforcement and inefficient judicial services that fail to discourage motorists against drunk driving or speeding), my home was burgled, and my car was almost stolen (thieves couldn't get it started, but succeeded in ripping out the inner panels, smashing the windows and eventually making off with the radio and car battery).

Did any of this inspire me to pack up and head back to ordered, safe Australia? No it did not. These are the realities of life in Africa you come to accept as normal. (Was I guilty of better the devil you know?) But 20 months later, Australia called me back. And off I trotted again to that bleak country. To be fair, I was excited about the beaches! I haven't been to all the beaches that adorn this fecund planet but Australian beaches have got to be right up there among the most beautiful. 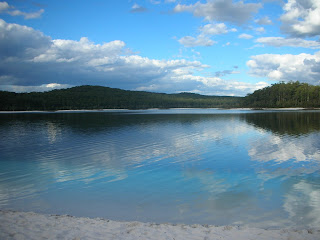 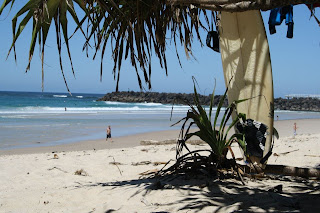 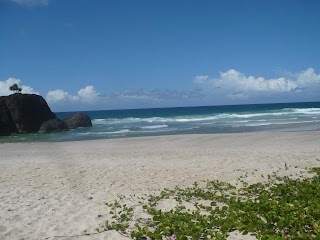 This time I stayed for 18 months before heading back to my beloved Mama Africa. I have always been amongst that category of South Africans who abhor disgruntled ex-pats with nothing good to say about their homeland. Who fail to see South Africa's boundless potential, the miracle of our reconciliation and the beauty of our rainbow nation-ness. I had gotten into many a heated debate with such ex-pats over in Australia and sabotaged many a promising friendship with a vehement defence of my country's short-comings. I never ever wanted to be like "them". I couldn't picture a life of purpose away from my country, I couldn't picture a life filled with such passion, excitement and drama anywhere else. 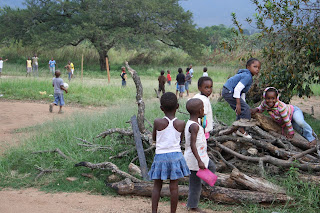 Yet now, 17 months since I once again uprooted myself and moved back home, I am planning a move BACK to Australia, for the third time in six years. And this time, my excitement at building a life in the red continent knows no bounds. It surprises even me. What is different this time? Why do I not feel that familiar lurch in my soul at the thought of being thousands of kilometres from African soil? Why does Australia not seem so bleak after all? Have I become like them? My hope for a better future in South Africa all but snuffed out by the instability that swells year after year in this country of my birth?

It's in the noose of poverty around the necks of millions of my countrymen. The weight of unemployment which rises every year, inefficient healthcare services and understaffed hospitals where patients enter with a headache one day and leave in a coffin the next, spiralling crime statistics and no justice for the victims. Nepotism, corruption and exploitation the plagues that eat away at the fabric of this society, enriching the political elite while the worker trudges home to his tin shack that has never had electricity or running water.

It is the sight of children growing up in Mitchells Plain, one of the biggest townships in the Western Cape; An ocean of corrugated shacks, not a single tree in sight nor patch of grass anywhere, yet the powers that be have erected power lines throughout it. That to me is one of the most sickening sights. What is it if not an approval or acceptance of human beings living out their lives in inhumane conditions. "It's ok that you live like that, we will give you electricity to make you comfortable". No wonder drug abuse has become an epidemic there. 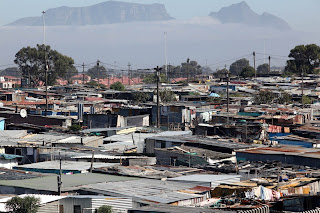 Is it safe to assume that I have become like "them". I don't know.

I still see the beauty in the smiles of children. Yet my heart cannot help but break at their wide-eyed wonder, oblivious to a future wherein they may be denied the right to an education. My optimism is granted wings when I see the progress we have made as a nation to heal the wounds of a turbulent past, but in a heartbeat it is laid to waste when another elderly couple has been murdered in a brutal and senseless attack. And as conditions for the workers and the poor continue to worsen, I cannot help but feel like an accomplice, in my wooden, furnished house, my education and well-paying job, medical aid which will grant me the privilege of medical care in a private hospital, as opposed to the derelict, understaffed and under-resourced government hospitals.


I will never stop believing in the spirit of my countrymen and the potential for greatness, equality and human dignity of this country at the foot of Africa. But the burden bore by the majority of my people threatens to break my heart completely, so to the land of equal opportunity and human dignity I will go, to restore my faith in mankind. And may I never truly become like "them".