Help! Technology is stealing my magic 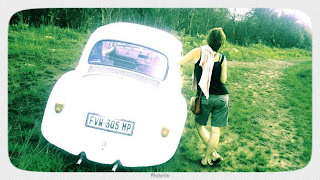 There is a hot wind blowing, the kind that brings fires, and scatters leaves, Autumn-daubed across the yard.

This has always been what I love most about living up here in this ethereal valley along the Drakensburg escarpment. The way nature forces you to stop and notice her grandoise transition through the seasons. Something that is very often lost in the city; having swallowed up the trees and fields wherein nature conducts her great revolving symphony.

It is with no small helping of bewilderment that I see and hear daily of the great advances being made in technology. And perhaps my better half is correct when he tells me that resistance is futile, that I need to get with it and embrace this evolution that no doubt, will not pause along its monumentous path of progress, to patiently wait for sentimental little me to catch up. But still, I cannot help but feel that this technological age we live in, while opening up the world to us in ways never before imagined, is, in many ways robbing us of the magic, beautiful mysteries and buried treasures.

Take the latest cellphone, for example, the Samsung S4. It has a feature (I am told) that allows you to take a series of photos of a group of people, and then automatically select the best image of each individual and construct a final image. What the?

What happened to the medium of photography being celebrated for its ability to capture moments in time? The word photography itself is derived from the Greek words photos (light) and graphos (draw), and is thus the art and science of drawing a picture through the capturing of light. Is it only me who finds digitally manipulated photographs wholly unexciting and banal? But show me a raw photograph and I can lose myself in the colour of the sky captured, the nuances written in its chiaroscuro and that feeling of a moment suspended forever...

Ok, maybe it's only fair at this point, dear readers, to confess that I own (and love) a 1963 white beetle, a 1964 radiogram (which I found in working order in a second hand store in Australia, fell in love, couldn't say no, bought it for $120 and then shipped it off to South Africa for a whole lot more than it may be worth), I buy lps instead of cds and collect old books.

But for me the saddest act of larceny perpetrated by technology is the modern music recording. How much more soul-smouldering does the Stones' Exile on Main Street become when you learn it was recorded in Keith Richards' basement at Nellcôte, France. Because it was the perfection and exhiliration of acoustics captured, not the trimming, tuning, tweaking, plucking, pruning and final reassembly of each individual instrument to produce a polished product.

Having said/ vented/ lamented all this, I am overwhelmingly grateful that the live band and music festival has not come under technology's axe, and that we can still tap into the magic and beautiful mystery of moments in time, unfettered, unfiltered and free. 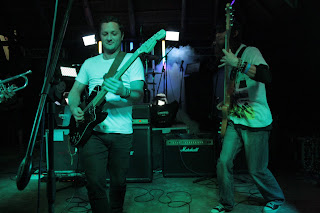